In ComputeCpp v1.1.6 we have introduced an optimization to the way SYCL work-items map to OpenCL processing elements in order to improve performance in the most common use cases. While this change could have performance implications in some cases, it is straight forward to resolve these. This blog post will start by providing an overview of what has changed and if and how you may need to update your SYCL code. It will then provide further rationale and detail of the change for those who are interested in the implementation details.

What you need to know

What this change means is that the mapping of a 2 or 3-dimensional nd_range to the underlying OpenCL processing elements has been transposed, such that if you use the SYCL API to translate a 2 or 3-dimensional id into a linear index you will get better performance by default, as this mapping is now more suited to most OpenCL devices. The APIs which perform linearization for you are:

However, if you manually calculate a linear index (which we do not recommend) then you may see a drop in performance from ComputeCpp v1.1.6, so you will need to reverse the id and range dimensions in your calculation. For example, if you calculated the linear index of a 2-dimensional id using L = id0 + (id1 * r0) you would flip this to L = id1 + (id0 * r1) as we do in the before and after code samples below (Figure 1).

Figure 1: Manually linearization, before and after

We recommend that you first measure the performance of your kernels with the ComputeCpp v1.1.6 release and compare that with the ComputeCpp v1.1.5 release in order to determine whether your code is affected by this change. By then measuring the performance before and after any change to linearization you can also ensure it has had the intended effect. If you encounter any issues when applying the change described above, or find a case not covered in this blog post, please feel free to start a thread on our support forum and our team will try to give you the best advice.

The rationale behind this change

When writing SYCL kernels, particularly for vector processors such as SIMD CPUs and GPUs, one of the most important optimizations ways you can achieve good performance is to ensure that access to global memory is coalesced. 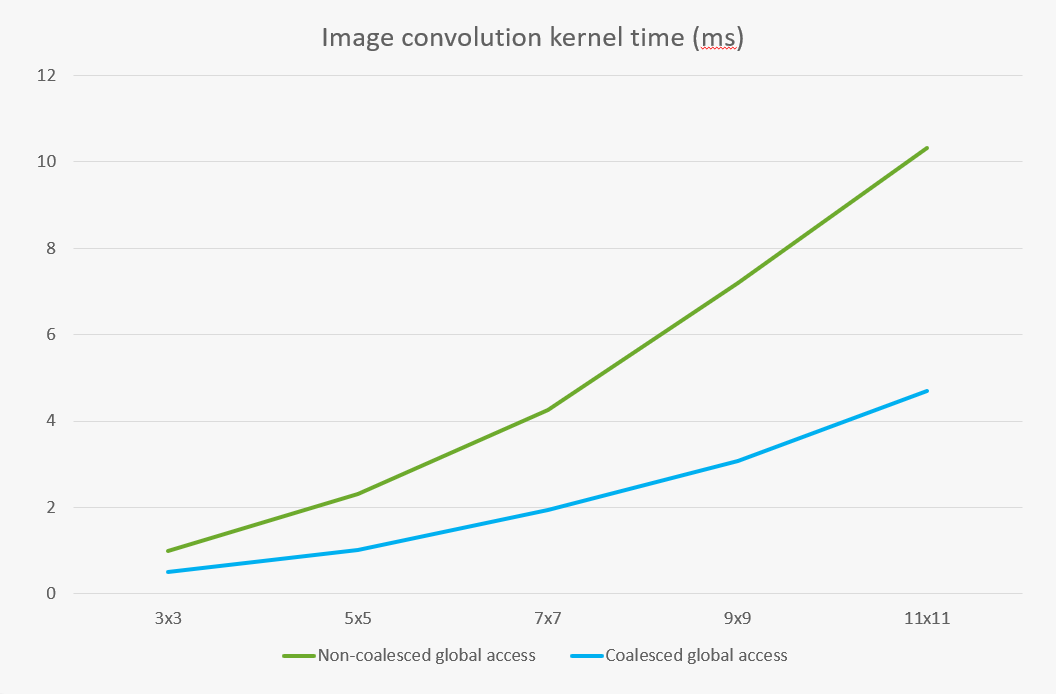 If the nd_range is 1-dimensional this is straightforward because the work-item iteration space is already linear, so the mapping to consecutive processing elements is already coalesced. However, when the nd_range is multi-dimensional, OpenCL doesn't make any guarantee as to how work-items are mapped to consecutive processing elements.

However, a more useful way to think about about this linearization can be to consider which dimension is used for vectorization. 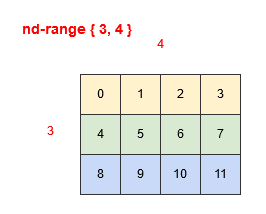 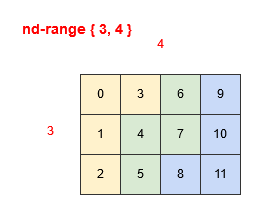